Preparing for a 4k Web

High density displays aren’t anything new to the world of mobile and computing. However, 4k displays represent the last leg in resolution independence. High Density Displays (Retina) started in the mobile sector in 2010 when the iPhone 4 was introduced. The iPhone 4 featured a mind-blowing 326 Pixels Per Inch (PPI) display. Less than two years later, Apple followed the iPhone with the introduction of the Retina MacBook Pros and Retina iPads in 2012. Since then, nearly every smartphone on the market has a high density display as well as the majority of mid-range tablets.

The term 4k originated with early 4k capable cameras like the Red Digital Cinema Red One videocamera, which defaulted to 4096 x 2048 (2:1). In computer speak, translates to 4096/1024 = 4k, hence the term “4k.”  The camera’s sensor was capable of multiple aspects ratios, all which fell within the 4k family.

4k displays range greatly in sizes to as low as 24 inches to as high as Samsung’s massive U9000, a 110 inch curved display. Due to the vast range of size, the PPI (Pixels per inch) differ radically. 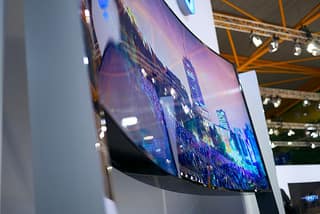 The amount of pixels-per-inch defines how sharp an image is, the more pixels in a square inch, the more detail. Once a device or display has a high enough PPI, it is considered a high density display.

Generally speaking, a high-density denotes a display with at least 200 pixels-per-inch but this definition is not set in stone. Depending how close or far the device from the eyes greater affects how sharp an image appears. A laptop monitor doesn’t need to have as nearly as high of pixels-per-inch as a cellphone to appear to be a high density display. This is due to the fact most people sit much further away from a laptop screen than they do a cellphone.

Note that an iPhone 3G has a higher PPI than most of the 4k displays and yet it is considered a non-high density display.

For brevity’s sake, 4k displays range in resolution and size. Not all 4k displays are high density displays. The PPI cut off point is still currently being debated. Likely, monitors below 28 inches sporting 4k resolutions will be considered high-density displays despite having pixel densities comparable to phones produced in 2008-2009. 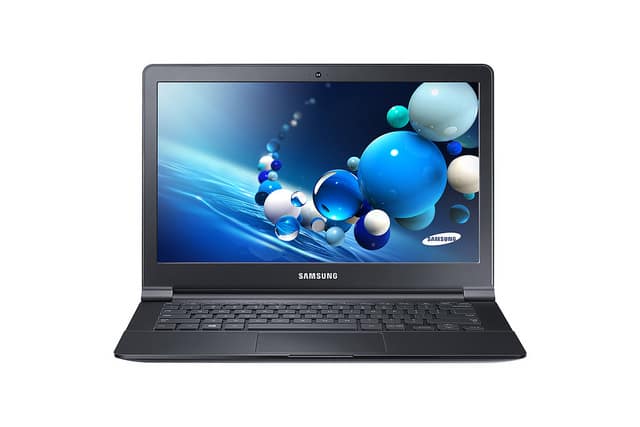 Photo by Samsung Belgium / CC BY 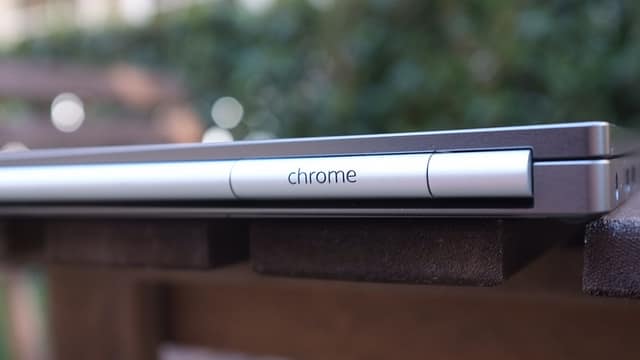 The high density display revolution until recently has been limited to high-end laptops, tablets and phones. Prior to writing this, price kept 4k displays out of the reach of most consumers but that has changed. 4k prices have dropped and dropped FAST. As of writing this, Seiki Digital’s SE39UY04 39-inch 4k display can be had for under $500. Dell has begun shipping a 28-inch 4k monitor for $699.  4k is here today and can be had even on moderate budgets. Rampant speculation has lead many to conclude that a 4k iMac is inevitable as well as “retina” MacBook Airs. High density displays are trickling down into mid range laptops as display prices plummet, and graphic chipsets become more powerful. All sources point to the conclusion, that all computers in the near future will be sold with very high resolution displays. This will happen sooner than one might expect.

You may have noticed that I’ve been using the term Pixels-Per-Inch over the old industry standard of Dots-Per-Inch (DPI). DPI is a legacy from the print industry, which means how finely spaced the droplets of ink can be in a print. The higher resolution a print is, the more DPI it has and thus the sharpness and detail increases. However, DPI is a term that becomes quickly muddied as digital displays do not display droplets of ink.

You may have heard that computer monitors are 72 DPI or 96 DPI. This is an old calculation method used by the operating system when converting pixels to inches using points, not actual printer ink dots that commonly associated with laserjet or inkjet printing. On screen, DPI translates pixels into inches: A 96 x 96 block of pixels is equal to one inch when printed. This most predominantly affected the scaling of fonts and user interface elements in Windows. Mac OS’s famous 72 DPI is rooted in the Macintosh 128k’s 512 x 342 px screen, which corresponded to the width of standard office paper (512 px ÷ 72 px/in = 7.1 in, with a 0.75 in margin down each side when assuming 8.5 in × 11 in North American paper size). One pixel was equal to one point unit in typography.

To deal with the wide-variety of displays that followed the original Macintosh, the screen DPI of the device became determined by the operating system. Today, the DPI is the default conversion for pixels to inches.  DPI does not determine the PPI, and shouldn’t be used interchangeably with PPI. Images can contain data that determines the image’s intended DPI for printing. This does not affect how many pixels are in an image. Instead, this alters the default DPI calculation Pixels-to-inches when printing.

OS X/Windows/Linux today all use the standard metric of 96 DPI as its relatively close to the PPI of modern non-high-density displays. Retina display OS X devices report a DPI of 192, regardless of the PPI.

Designers/Developers familiar with responsive design may note that Media queries can be wrote to use DPIs as condition. Outside of particular instances these should not be used, as iOS, Android and some browsers fail to return DPIs. Internet Explorer on Windows RT regardless of resolution returns 96 DPI. When developing for the web, its best to forget the term “DPI” unless you need to print something.

So How Does 4k Affect Web Designers and Developers?

If you do not have a resolution independence strategy, I recommend developing one starting today. Rather than covering all the solutions available, I suggest reading Smashing Magazine’s “Towards A Retina Web” as a jump off point. Websites and web apps without high resolution assets often look “blurry”, “pixelated” or “fuzzy” when viewed on a high density display. The effect can be jarring and leads to a dated look when compared to web sites or apps with resolution independent images.

As of writing this, OS X support for 4k has been referred to as the “Wild West” due to the lack of resolution scaling modes.  Windows suffers even more. Windows 8.1 offers more UI scaling options than previous iterations of Windows, but applications using custom dialog boxes may not respond to the UI scaling. Worse, depending on how the app was written, it may appear blurry. This will likely soon change, as the stress of demand causes Apple, Microsoft and others to react to meet the needs of the user base. 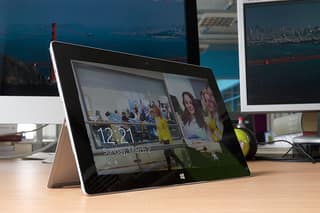