Why Co-Creation is the New Collaboration

How to Co-Create Successfully

Co-creation takes collaboration to the next level. When co-creating, stakeholders dive in deep. They know the project inside and out, and bring each person’s unique perspective, skillsets and experiences to produce the best possible solution with the highest impact. Collaboration is just not enough, especially when creating a digital strategy.

In 2006 Dr. Dre and Jimmy Iovine founded a new headphone company, Beats by Dre. The company was born out of necessity; Iovine, a legendary music producer and executive, wanted to create a streaming service to prevent music piracy and balked at the quality of the headphones included with his iPhone. He chose to collaborate with Dr. Dre, one of the most successful rappers and producers of all time, to get his expert insights on sound quality (and to give Beats instant street-cred).

These men worked tirelessly to create an industry-leading product. They leveraged the business acumen and tenacity of Iovine and the calculated quality assurance of Dre. 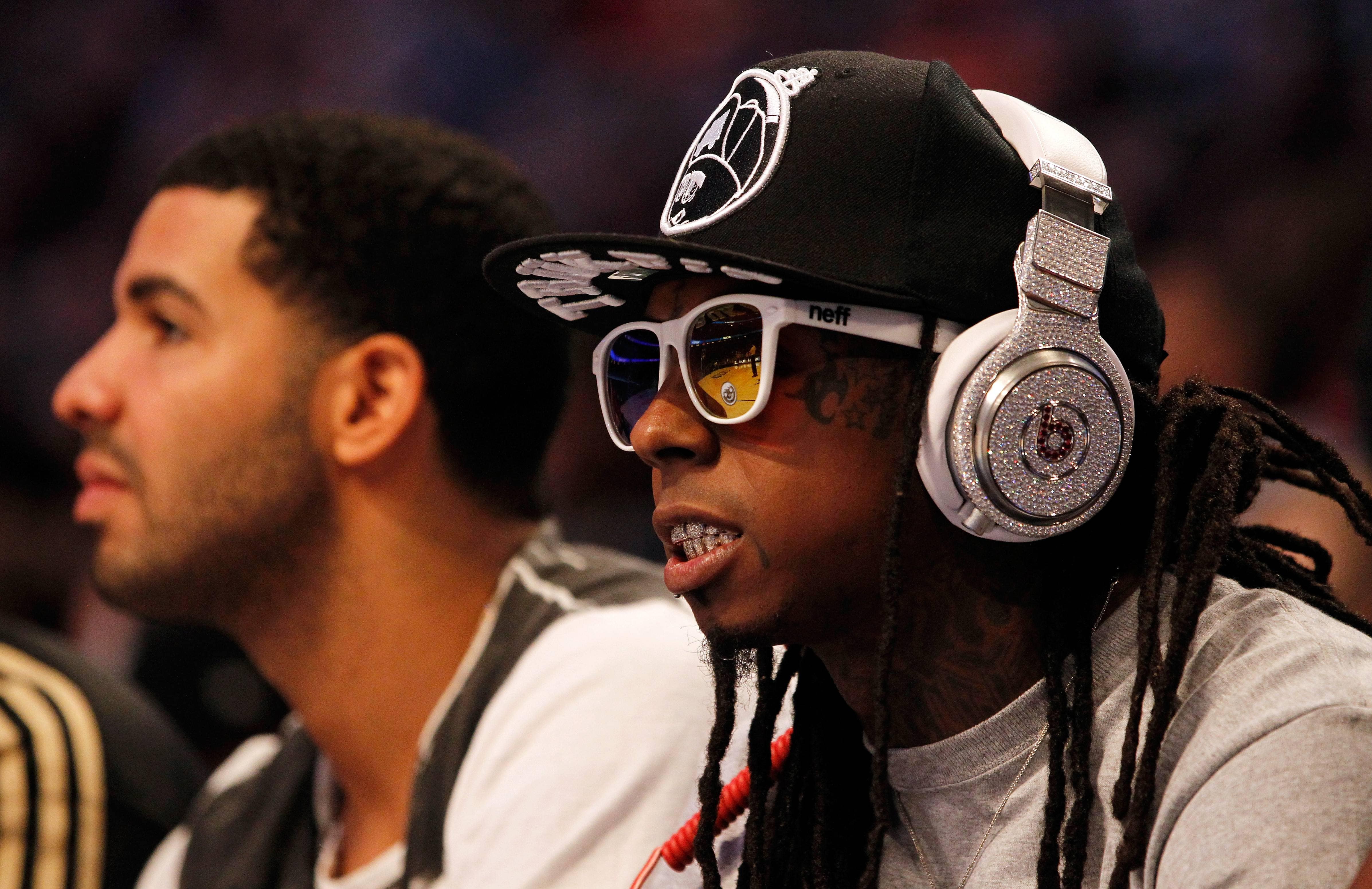 The founders famously hawked Beats on all their famous friends, including many athletes, hoping that they would be seen and photographed while wearing the recognizable Beats buds.

On August 1, 2014, just eight years after Beats began, Apple acquired the company for $3 billion. Despite their likely goal of becoming the leader in the headphone industry, did Iovine and Dre envision the ultimate outcome – being on the receiving end of Apple’s largest acquisition ever?

Beats’ secret sauce wasn’t that these two music industry behemoths owned it, it was that Iovine and Dre actively co-created the headphones. Co-creating enabled them to draw upon one another’s strengths and balance their weaknesses to produce an iconic product. They got their hands dirty and were involved in the planning, creation, distribution and promotion of Beats on a cellular level. Some would call this collaboration, but that is just the first step of the relationship. Beats’ success is a direct result of co-creation.

Co-creation takes collaboration to the next level. When co-creating, stakeholders dive in deep. They know the project inside and out, and bring each person’s unique perspective, skillsets and experiences to produce the best possible solution with the highest impact. Collaboration is just not enough, especially when creating a digital strategy.

Co-creation is essential in product development and planning. It brings depth to the project that simply isn’t possible when merely collaborating. This strategy has many benefits, one of which is the wide lens with which the project manager and stakeholders can strategically plan.

Planning in 360 Degrees: Considering everything and everyone

Co-creation demands a 360-degree view of the matter at hand. This means that the organization, product, market, stakeholders and end users are all considered in development.

When a product is created in 360-degrees, nothing about it exists in a vacuum. Everything the stakeholders, organization and product itself touch must be fully immersed in the process of creation. This means that everyone, not just the stakeholders, are on board with what’s to come and will embrace resultant change.

Thinking Outside the Box: Open to adaptation and change

There is nothing black and white about co-creation. Even when you think you’re done with a project, you’ve really just begun the process of making it better. Co-creation is a constant cycle of collecting information, assimilating it, distilling it and applying it.

Effective co-creation requires stakeholders to constantly play the role of devil’s advocate. They should always question the process and the product, remaining open to change and unexpected outcomes. This perspective is especially important when creating digital products, as the technological landscape is in the constant state of flux. Co-creation is a process of being proactively and constantly course correcting to generate the best possible product.

Co-creation is a constant cycle of deeper discovery, refinement and solution development. Remember, effective co-creation looks at a project from all angles and considers all variables. As a result, it produces solutions that are not always cut-and-dry but extremely effective.

We recently caught up with Jonathon Hensley, Emerge CEO, on the top-rated Mobile First podcast. During our chat, he made a great point about co-creation and it’s ability to produce results, “We’re able to quickly and effectively get to the most important needs of the business, we’re able to focus on where the most value could be created for an organization, and inevitably we’re designing and implementing solutions that are going to have the biggest impact.” Here, he demonstrates that co-creation doesn’t just produce solutions, it gives way to the best solution for the most important challenge

When stakeholders co-create, they combine their expertise, knowledge and experience to form a cohesive team. Team members should have a diverse array of perspectives to produce effective outcomes.

Sometimes, it’s helpful to introduce a perspective from outside the organization, like that of a digital agency. Allowing a third party to look at what you’re doing with fresh eyes adds depth to the project and enhances co-creation. They can consider an existing project roadmap and give insights and perspective that may not have been obvious to the team members.

This can be a scary thing for organizations with in-house development teams. With the right digital agency, co-creation compels the stakeholders to come alongside the agency to reach a shared vision. Instead of competing, the organization and agency complement one another. Together, they use a tool like the Product Vision & Planning Checklist to create an innovative, achievable vision, a roadmap to get there, and ultimately produce a successful product.

Experiences: Do this, not that!

Co-creation produced phenomenal results when we worked with a client on their website for a corporate responsibility initiative. The client assembled a dynamic team of stakeholders, including our professionals. They had a clear vision and when we came to work alongside them, we developed an instant rapport. The organization’s stakeholders placed their trust in us and as a result, the team was fully collaborative through the entire process.

Their mutual trust created a fluid and natural flow of communication. No one was ever in the dark, everyone knew what was happening and when. The open lines of communication gave way to unparalleled innovation. The final product’s features and functionality were well ahead of its time. The project was completed on time and on budget and received a myriad of awards and national accolades.

Unfortunately, not every project comes together like this one. Sometimes, clients, despite saying they want to co-create, are resistant to the type of teamwork required to effectively co-create. They lack mutual trust, which gives rise to a very prescriptive, black-and white decision-making process that often neglects the end-user. Organizations like these are only willing to collaborate, despite desiring the outcomes produced by co-creating. We’ve had clients like this, and the end result is always the same: a final product that does not deliver on promises made to the end users.

So, you’ve assembled the dream team and great things are happening. What happens when someone quits or abruptly needs to be moved off a project? Continuity can be a challenge, but if you don’t plan for these types of changes, there will be knowledge gaps and trust issues. Plan for unexpected stakeholder losses to maintain trust and communication to ensure that your project won’t suffer when a team member leaves.

Co-creation is so much more than collaboration. It’s looking at a project from every angle, thinking outside the box, creating workable solutions and fostering teamwork. When you co-create, you work shoulder-to-shoulder with your team members, examining one another’s perspectives and fine-tuning the process to create a dynamic solution.

The benefits of co-creation are easy to recognize; the real challenge is shedding the empty shell of collaboration to fully immerse yourself and your team in this innovative, effective method of creation. It requires a change in perspective and an open mind, but when you kick collaboration to the curb and commit to co-create, great things will happen.